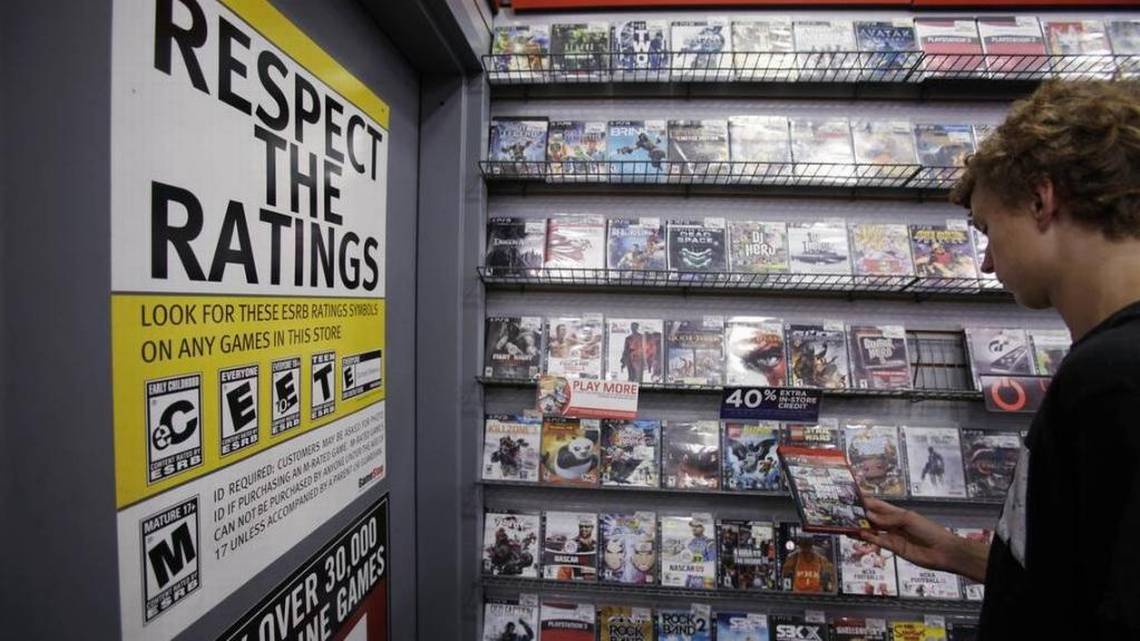 [Note: This article was written about Kentucky Governor Matt Bevin, but the logic applies to all conservatives and their constant complaints about the entertainment industry.]

Does Matt Bevin hate the free market? Well, he’s never come right out as said so, but there’s little doubt it’s what he meant in his recent criticism of the American entertainment industry.

In addressing recent school shootings, Governor Bevin laid the blame on the entertainment industry in general and violent video games in particular. These “have desensitized people to the value of life … the dignity of human decency.” This type of criticism of media and entertainment is common among conservatives, and it highlights an interesting contradiction.

Bevin, like most conservatives, claims to believe in free and unregulated markets. They assert that regulation of industry impedes the ability of business to operate and increases the costs of doing business, which stifles the economy and reduces employment. If only we could get government out of the way by eliminating regulations, business will flourish, the economy will grow, and there will be more than enough jobs for everyone. Based on that theory, one of the main goal of Bevin’s administration has been to cut business regulation.

The reality of the modern world is that virtually every industry is regulated in some form or fashion. Everything from apples to Zyrtec is regulated. There are product safety regulations to make sure companies don’t sell unsafe goods. There are environmental regulations to ensure factories don’t despoil the environment. Employment and work-place safety regulations restrict the ability of companies to harm or take advantage of employees. Regulations on the banking, investment, and financial industries ensure that these companies don’t swindle consumers.

Conservatives like Bevin hate these regulations and the regulatory agencies that enforce them. They’re not needed, according to the laissez-faire, hands-off, economic theory because the unregulated free market will correct itself. The “unseen hand” of the market, guided by the free choice of millions of consumers, will reward good companies and punish the unscrupulous.

That, at least, is the theory. Are there any completely free and unregulated industries in America? Earlier I said “virtually” every industry is regulated, but there is one exception: the entertainment industry. Because of the First Amendment the government can’t regulate or control the content of books, movies, television shows, songs, or even video games. Once upon a time there were regulations and there was censorship, but court cases in the 1950’s, 60’s and 70’s said these restrictions violated the First Amendment. In a case involving the book “Lady Chatterley’s Lover” the court said that the government has no place in regulating the content of a book. In Miller v. California, in 1973, the Supreme Court said that the government could only regulate the most extreme forms of obscene material, and not mere pornography. This decision opened the door for the now multi-billion dollar porn industry.

Entertainment is driven solely by consumer demand. It is the purest of free markets. Go to iTunes and you can find any type of music under the sun, from Anglican Church choral music to Zydeco, and literally everything in between. But what’s popular? Mindless pop and thuggish rap. The American movie industry produces everything from preachy Christian movies starring Kirk Cameron, to explicit hard core pornography. What sells? Mostly sequels and action-adventure movies. The point is that the entertainment industry, including the video game industry, is the only free, unregulated market in America. And conservatives hate it.

According to conservative economic theory, the unseen hand of the free market, guided by millions of individual consumer choices, should produce socially beneficial results. But according to Bevin it has slapped us in the face.

This essay was published in the Lexington Herald-Leader on March 4, 2018, at  http://www.kentucky.com/opinion/op-ed/article203222119.html