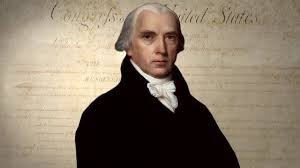 The death of Supreme Court Associate Justice Antonin Scalia has once again thrust the idea of “original intent” onto the national stage. Conservatives argue that the Constitution should be interpreted based on the intent of the men who wrote it. The problem with this concept is that the Framers themselves didn’t believe in it.

The issue of interpretation didn’t come up during the Constitutional Convention. The Framers were too busy trying to reach some form of workable agreement to spend time dealing with how future generations would interpret the document.

The issue of constitutional interpretation first came up during the debate over the creation of the First Bank of the United States, during the First Congress. The Bank was part of Treasury Secretary Alexander Hamilton’s plan to make the new nation a mercantile power like England. Hamilton submitted his plan to Congress, where it was considered first by the Senate. It passed through the Senate with little debate, and no discussion of whether chartering a Bank was something that Congress had the Constitutional authority to do.

The bill then went to the House, went through a first reading, went to committee, and then came back to the House floor for final debate. It was only at then that objections were raised. James Madison, the chief architect of the Constitution, said that Congress didn’t have the authority under the Constitution to charter a bank. Madison was known to be hostile to banks, but he couched his objections in the words of the Constitution.
Madison said that the powers of the government are limited, and Article I, Section 8, of the Constitution sets out the list of the things that Congress can do. Chartering a bank is not on the list. Fisher Ames noted that the “necessary and proper” clause at the end of the list in Section 8, and in his view a Bank was necessary to achieve some of the enumerated powers, like levy taxes and manage interstate commerce.

Elbridge Gerry of Massachusetts (he of the crazy legislative districts) disagreed with Madison’s suggestion that the Constitution should be interpreted based on the intent of the framers. He said that nothing like this was every considered. He said that the rules of legal interpretation by famed British legal scholar William Blackstone might be a better guide, because they were the familiar methods used to interpret laws and statutes. Blackstone said that the fairest and most rational method to determine the will of the legislature is “by signs the most natural and probable, and these signs are either the words, the context, the subject matter, the effect and consequences, or the spirit and reason of the law.” It did not include somehow discerning the motives of the individual authors of the law.

Gerry mocked the idea that the meaning of ambiguous terms could be determined by reference to the debate in the Constitutional convention. Gerry had been one of the most active Framers, speaking more than any other person present. He pointed out that memories of the convention varied, as indicated by the difference between his recollection and Madison’s on this issue.

The House ultimately voted in favor of the Bank Bill, and essentially against Madison’s interpretation of the meaning of the Constitution. Eight Representatives and ten Senators had been at the Constitutional convention, and only five sided with Madison.

The bill then went to President Washington, and he asked his senior advisers for their opinion. Jefferson and Edmund Randolph opposed it, while Hamilton (no surprise) supported it. Washington, who had presided at the Constitutional Convention, agreed with Hamilton and signed the bill. All told, there were 21 “Framers” in the first government, and 16 disagreed with Madison’s view of the bank. Obviously some may have disagreed for reasons other than his theory of Constitutional interpretation, but they certainly did not believe that they were bound by his views of what the framers of the Constitution intended.

It’s interesting to note that Madison had to deal with this issue again when he was President, and the Bank was up for re-chartering. This time Madison did not object. He said that “waiving the question of the constitutional authority of the Legislature to establish an incorporated bank as being precluded in my judgment by repeated recognitions under varied circumstances of the validity of such an institution in acts of the legislative, executive, and judicial branches of the Government, accompanied by indications, in different modes, of a concurrence of the general will of the nation….”

In other words actual use changes the meaning of the Constitution. That’s one way to say that Constitution is a living and changeable document.

A few years later Madison was asked about deferring to the original intent, and studying the events at the Constitutional Convention to determine the intent of the framers. It was well known that Madison had taken fairly comprehensive notes of the debates. He said that “As a guide in expounding and applying the provisions of the Constitution, the debates and incidental decisions of the Convention can have no authoritative character.”

It is hard to take “original intent” seriously when James Madison, the “Father of the Constitution” said it was a silly and simplistic idea.

This essay was adopted from a recent law review article on the fight over the first bank. The full article is available here: The Fight Goes on Forever