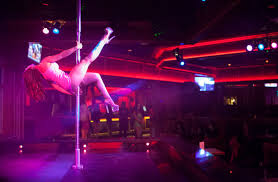 Conservatives love the free market it theory, but hate it in practice.

Conservatives love the free market. That goes without saying. They complain about any government involvement in the economy, any regulation of business, and suggest that excess regulation is stifling the economy. And more often than not they say that the “free market” is the best solution to any public policy problem. Senator Rand Paul said the best way to fix health care is to “try freedom for a while. We had it for a long time. That’s where you sell something and I agree to buy it because I like it. That is how we operate in most of rest of the marketplace other than health care. … We could try freedom [in health care]. I think it might work. It works everywhere else.”

Former Presidential Candidate and publisher of Forbes Magazine, Steve Forbes has gone so far as to say that the free market is a moral system. “Free markets create goods by inciting human ingenuity to overcome obstacles and do business. … Free markets in the real world are a moral system. Think about it. To succeed in a true free market you have to meet the needs and wants of other people. Even if you lust for money, you don’t get it unless you provide something that somebody else wants.”

The basic theory of free and unregulated markets is that people, through free choice, will choose those things that are best for them, and through the cumulative effect of all of these millions of free choices, society will benefit. Adam Smith, the father of modern economics, called this “the invisible hand.” In the Wealth of Nations, Smith said that each individual “intends only his own gain, and he is in this, as in many other cases, led by an invisible hand to promote an end which was no part of his intention. … By pursuing his own interest he frequently promotes that of the society more effectually than when he really intends to promote it.”

It’s a simple and elegant theory, and lies at the heart of the conservative idea of economic freedom. And in broad strokes the theory works. We now live in a world of vast abundance. The shelves of stores groan with consumer products, and we have so much food that we waste a huge amount of it. So, in some regards, we have a free market, and it works wonderfully. But the reality of the modern American economy is that every product from apples to Zyrtec is regulated, every industry from apple orchards to zoos, and every company from Apple Computer to the Zurich Financial Group is regulated, in one manner or another. The level of regulation varies dramatically. Drugs, like Zyrtec, are much more highly regulated than apples, and financial services are more regulated than personal computers. The level of regulation depends on the likelihood and potential for harm to the consumer. Conservatives complain about all of these regulations. They say that the free market is self-regulating, and the American economy will flourish if we just cut back on all of this regulation.

So are there any products without regulation? Is there any market where pure consumer choice controls the production, distribution and availability of goods? And if so, how does it work?

The “culture” is made up of a many components, including books, magazines, movies, music, television, and fashion. The “culture” also includes our collective sense of ourselves as a people. The First Amendment prevents the regulation of the distribution of ideas, which means that the content of movies, music, television, books, and magazines is unregulated. That may seem obvious, but it wasn’t always the case. Up until the 1950’s content was regulated. The main control were postal regulations that forbid the mailing of “obscene” material, and obscene was very broadly defined. This prevented the distribution of pornography, but also prevented the dissemination of some great works of literature, including An American Tragedy by Theodore Dreiser and Ulysses by James Joyce. That changed in 1959 when the publishers of Lady Chatterley’s Lover challenged these postal regulations, and won. The post office could no longer control the content of the mails and publishing changed. And then in 1973, in the case of Miller v. California, the Supreme Court struck down most restrictions on pornography. Not long thereafter the pornographic film Deep Throat was distributed nation-wide, and the multi-billion dollar American porn industry was born. According to some estimates, pornographic material – particularly images of people engaged in a wide variety of sexual activity – accounts for nearly a third of all content on the internet.

Now, in a very broad sense, the American “culture” is the freest and most unregulated market in the country. The clothes we wear, the films and television programs we watch, the music we listen to, are all the product of our own desires. Our culture is the product of nothing but the desires of the consuming public. There is no government control or outside oversight. The only driving force is demand and the profit motive. There is a demand, and someone creates a supply.

And what do conservatives think of this, the only truly free market in the nation? What do conservatives think of the culture? They hate it. W. James Antle III, an editor at conservative magazine The American Spectator, summed it up neatly: “The culture is awash in the raw sewage of vulgarity and avarice.” The director of a conservative policy group in Kentucky wrote a recent editorial about proposed legislation dealing with transgender students, which he said was a product of our “culture’s flirtation with narcissism.” So they seem to hate our culture in general, but what about specific aspects of that culture.

What has our free market culture produced? It has clearly produced books of great literary merit, and movies and music of enormous artistic achievement. It has produced television programs that are thoughtful, insightful, and informative. And then there’s the stuff that people actually buy.

Take music. The free market provides us with every type of music from Appalachian bluegrass to Zydeco, and everything in between. Music stores are largely a thing of the past, but you can download just about anything from iTunes or Spotify, and buy CD’s of every type from Amazon.com. Opera? Check. Classical? Absolutely. Bluegrass? Yep. Contemporary Christian, Indy Rock, smooth jazz? You name it, it’s all there. But what’s at the top? Schlock, nonsense pop, and thuggish rap. So what is the aggregate result of millions of free choices in music? Is it Yo Yo Ma, Winston Marsalis, or Cecilia Bartoli? Nope, it’s Justin Bieber, Kanye West and Miley Cyrus.

And what do conservatives think of the state of American music? Not much. Recently former Arkansas Governor (and former Fox News Commentator) Mike Huckabee criticized President Obama and his wife for allowing their daughters to listen to Beyoncé. Huckabee called Beyoncé’s lyrics “obnoxious and toxic mental poison” and called her husband, the rapper and promoter Jay Z, a “pimp … who exploits his wife.” Beyoncé’s music is wildly popular, but according to Huckabee it’s “mental poison.”

What about clothes. Just about everything is available in stores from bikinis to burkas. (Sorry I couldn’t pull off an “a to z” analogy, but this works better.) And what do people wear? Men wear pants down near their crotch, or t-shirts and oversized saggy shorts that make them look like enormous toddlers. Suits (and belts) are widely available, but few wear them. And women were yoga pants so tight it leaves little to the imagination. The general state of American fashion is pretty dismal.

TV? Two words summarize the state of American television. Sex Box. Have you heard of it? The title is pretty descriptive. A couple goes into a box, has sex, and comes out and talks about it with a panel of sex and relationship therapists who discuss the importance of sex in a relationship. So it’s educational. But one supposes the therapists could have the same discussion without the salacious aspect of showing the couple going into the box, and then waiting ten or fifteen minutes before they emerge in matching silk robes.

Conservatives are not amused. The president of “Concerned Women for America” and the director of the “Parents Television Council” took to Fox New to denounce it. “‘Sex Box’ should never see the light of day, or the night for that matter, on basic cable,” they said. “A live sex show is something that one might expect to find on a premium cable network. However, in an affront to all families, WEtv is bringing that content to basic cable and potentially exposing millions of children in the process.” This show, they said begs the question of how far the media will go to get ratings. … [the] immorality ends when the public, more specifically, the viewers say that they’ve had enough.”

So TV is a vast sewer. But we knew that already.

What about movies? Every year hundreds of well made, thoughtful and often moving movies are made in the English language. This year’s Oscars featured an interesting variety of artistic, historical, and even patriotic movies. But what dominated the box office? Hunger Games, Transformers, and the Lego Movie.

There’s no doubt that conservatives understand that the culture is driven by market forces. They embraced the movie American Sniper. For them the box office success of the movie was evidence that America was embracing their values. And when it didn’t win an Oscar they complained about liberal bias. Fox News commentator Sean Hannity tweeted during the Oscars: “AMERICAN Sniper snubbed by liberal hwood Predictable.”

Whether it’s hard core pornography, misogynistic rap music, moronic movies, a “liberal” media, or television shows disdainful of religion, tradition, morality and family values: all of these exist because of the demands of the American people. The culture is a perfect free market, and it’s a sewer.
Make no mistake; the free market didn’t debase the American culture. The free market simply gave the American consumer a cornucopia of entertainment options. We debased the culture on our own.

So the only truly free market in the country is “awash in the raw sewage of vulgarity” and proves that “we live in a profane world.” What does this say about free markets? What does this say about the idea that the collective action of millions of choices will produce a socially beneficial result? I would say that the culture is pretty clear proof that the idea of an invisible hand guiding individual choices to create a beneficial social outcome is fallacious, at best. The invisible hand, which is supposed to guide free exchange based on supply, demand, and the profit motive to produce socially beneficial outcomes, has slapped conservatives in the face.

So conservatives love the free market, in the abstract at least, but they hate the only truly free and unregulated market in the country.