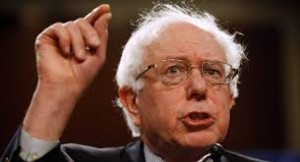 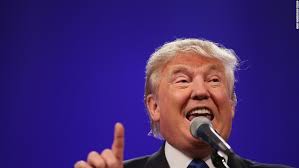 Bernie Sanders and Donald Trump have a lot more in common than being loud-mouthed New Yorkers. Both are outsiders. Trump was never part of the Republican establishment. He was a registered Democrat for most of his life, and became a Republican in 2012. Sanders calls himself a “Democratic Socialist” but has held office as an Independent, as Mayor of Burlington, Vermont (1981 to 1990), as a Congressman (1991 to 2005), and as the Senator (2006 to 2015). In 2015 he changed his identification to Democrat to run for President.

Both Trump and Sanders are now leading candidates for President in parties that they both once rejected. This indicates the erosion of power of the parties, as well as a loss of support by rank and file for what the parties stand for. The success of both Trump and Sanders reflect a widespread disgust with government, politics, politicians, and the two major parties. Trump and Sanders represent the beginning of the end of the Democrats and Republicans as dominant political parties.

People on both the left and right are fed up with the current political system, though for vastly different reasons. Conservatives, for the most part, are angry that Republican politicians have been unable to stop Obama. Their fury over Obamacare spurred the creation of the Tea Party. Disaffected conservatives took to the streets in outrage, as much at their own party as with Obama. Conservatives are also angry that Republicans campaign on promises, like defunding Plan Parenthood, but never follow through. Many conservatives are sick of Republicans, but that doesn’t mean they’ll vote for a Democrat. They’re expressing their disdain by embracing Trump.

Liberals are angry that Democrats haven’t been able to change what they see as a rigged system that allows corporations to dominate government. They wanted to see bankers go to jail after the crash of 2008. They’re furious about Citizen’s United, which they see as allowing corporations to buy elections. And they’re angry at Democratic politicians (like Hilary Clinton) for being too cozy with Wall Street. That’s why many are embracing the boisterously anti-Wall Street Sanders.

Despite this dissension in the ranks, the parties are able to maintain impressive party loyalty in the halls of Congress. Party line votes are more common than they’ve ever been. But this only deeps the public disdain. According to recent surveys only about 16% of the public approves of Congress. And while the public broadly blames Republicans more than Democrats for the gridlock in Washington, both parties are widely reviled: 71% of the public has a negative view of Republicans and 65% disapprove of the Democrats.

People are disgusted with politics. But what does a disaffected liberal or conservative do? A conservative isn’t going to vote for a Democrat no matter how disgusted he is with his own party. The same holds true for a disillusioned liberal. You may be furious at Obama for not taking on the big banks, or forcing through gun control legislation, but you’re not going to vote for Ted Cruz. So, to a certain extent, the parties have a captive audience, and they know it. Or at least they think so.

Voters can respond in a couple of ways. The first is to stay away, and not vote. Off year elections have dismal turn-out, typically around 25% of eligible voters. This isn’t the sign of an engaged or enthusiastic electorate, and isn’t a good sign for a democracy. A second common response is to reject either party. According to a Pew Research Report, “Independent” is the fasted growing political identification among voters, and identification with either Democrats or Republicans is at an all-time low. In 2014 32% of respondents said they were Democrats, 23% were Republican, and 39% were independent. A third response is to vote for outsiders, like Sanders or Trump.

A fourth option is to look for alternatives. According to a recent Gallup Poll, 58% of respondents would like additional political parties. Of course there are other parties out there. There’s a Green Party that advocates for environmental issues, a Libertarian Party, and even a Reform Party that advocates for compromise and dialogue in politics. But these parties do poorly because most people, even if they support the underlying policies of the party, don’t want to throw their vote away.

If the public is disgusted with politicians, the parties, and politics as usual, why don’t third parties do better? One major reason is that the media doesn’t take them seriously, so third party politicians are rarely on the news or talk shows. And they are not taken seriously because they don’t win elections. So in order for the media and the public to take minor parties seriously, candidates from those parties have to win elections. But they don’t. If the public is so disgusted with politics and desperate for alternatives, why haven’t third party candidates won any significant elections?

The main reason is that most of our elections are for a single seat in a contested “winner-take-all” election. There is only one President, one Senator, and in each Congressional district only one Representative. In these types of elections a candidate must pull together a winning coalition of a majority of the voter, which typically means just over 50%. And this favors a two-party system where each party has the support of roughly half the electorate and then tries to convince a few extra voters to choose their candidate.

This system creates broad coalitions that often have little in common beyond disdain for the other side. Business interests, for example, are often at odds with religious conservatives, yet they coexist within the Republican Party. Labor and environmentalists are often deeply hostile to each other, yet both coexist within the Democratic Party. The current system ensures that some party members are always unhappy.

The turmoil of the Presidential campaigns indicates deep trouble within both parties. There appears to be a four-sided civil war in the Republican Party, between the “establishment” (represented by Bush, Kasich, and Rubio), the Christian conservatives (Cruz and Carson), the Libertarians (Rand Paul) and now the populist outsider (Donald Trump). The Democrats are also engaged in an internecine conflict between the establishment (Clinton) and the left (Bernie Sanders). But there is also a great deal of dissatisfaction on the right of the Democratic Party. A recent survey found that 20% or registered Democrats would seriously consider supporting Trump over a Democratic candidate.

The parties are on shaky ground, and Trump and Sanders are earthquakes. It appears that we are an election cycle or two away from the implosion of both parties. The rise of social media shows that people connect around issues and not necessarily political parties. Social media was used extensively across the Middle East in the protests that became known as the Arab Spring. And in the United States, events like Occupy Wall Street show that social media can be used to promote ideas and engage people outside of the normal party structure. Increasingly young people don’t need the parties. They’re used to having options and choices, and the two parties present an arbitrary and largely divisive choice.

This means that the parties are increasingly irrelevant. Their days are numbered: they just don’t know it yet. Change is coming, and the parties need to figure out how to embrace it. One idea, which I have written about elsewhere, is to change the system to allow third parties to participate in a meaningful way. This will give people more choices, which they say they want, and it may increase the public’s interest in politics. There are undoubtedly other things that the parties can do, but they better do something, or they risk getting swept away.