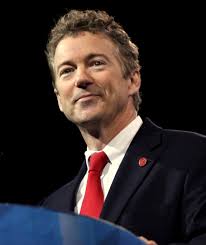 I’ve been listening to conservatives cry doom – doom, we’re all doomed – like a deranged Ghost from the “Christmas Carol” for most of my adult life. Conservatives have been saying for as long as I can remember that our society, or culture, our economy, our nation, all are doomed.

Carter must be defeated, or all is doom. 1980 was the first year I was able to vote for President, so I remember that pretty well. And since the election of Reagan in 1980 conservatives have cried doom … doom … all is doom. If liberals and liberal policies are not stopped, the nation, the economy, society, all of it is doomed. If Clinton is elected, we’re doomed. If Obama is elected, we’re doomed.

Think about the modern economy, and what technologies dominate the modern world: computers, smart phones, the internet. Guess what: all were created in the United States (and to some degree in other supposedly ossified, sissified, corrupt Western nations – important advances in smart phone technology came out of Canada and Norway.) The modern economy was made in the United States. Virtually every modern advance was created in a nation that conservatives said was rotten and decaying.

The cries of doom over the last 35 years are as constant as night following day. Every few years a new doomsayer comes along. In 2010 it was the Tea Party, and their most prominent standard bearer, Rand Paul. Now there’s a new voice in the Republican Party, David Brat, the “economic” professor who defeated Republican Majority Leader Eric Cantor in Virginia. The singer may be different, but they’re singing the same old song: if liberals aren’t stopped, we’re all doomed.

It’s comical because it’s not only consistently wrong, but monumentally wrong.